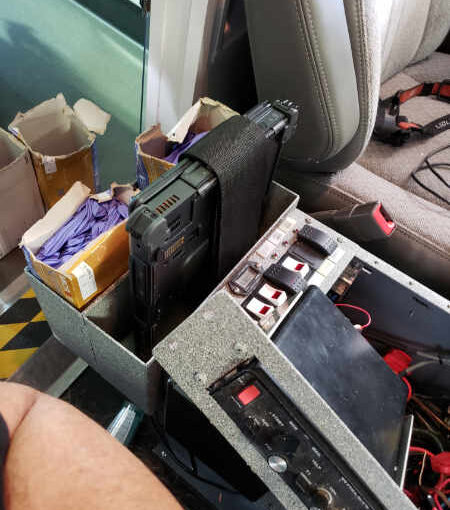 A while back we got a call from a company that operates ambulances who needed a custom strap assembly. They were outfitting the fleet with laptops but wanted to make sure the computers would be safe in case of an accident. It wasn’t any little accident, they wanted the computer to be safe if the ambulance ended up on its top, upside down.

The restraint had to be easy to operate otherwise it wouldn’t get used. Since the computer would be between the driver and passenger seats, one-handed operation was essential. It had to be rugged since the laptop was used on each call and there would be many calls every day.

Together we came up with a custom strap, 3″ in width with hook & loop sewn to the webbing. The upper piece of webbing had a large tab on the end so it would be easy to grasp and disengage. A pair of bolts would attach each piece to the aluminum “sleeve” that the laptop rests in. The bill of materials for the project were:

The upper strap has the hook material sewn to it. On the lower strap the sewn tab is on the left followed by the loop material. Both straps have two bolt holes melted in to them.