Meet our new CEO [Chief Entertainment Officer]. Harry showed up late this summer looking for a place to hang out. We captured him/her and put back outside only to find its way back in.

Harry tends to be a late riser, showing up around 11:00 and can be found scampering around the shop for the rest of the day. Water and food seem to have been sourced, hope this helps with the bug population.

Sorry to say, Harry doesn’t have a direct phone number so any correspondence must go through a human.

Why Harry? The TV show Death in Paradise has a green lizard who gets named Harry. We guessed that Harry was the proper name for all lizards and adopted it.

Now, if we could get some work out of him!

Wintertime feeding of hummingbirds has been a family goal for quite some time. Providing food in freezing conditions was something my father-in-law solved years ago. You can read about that winter freeze in an article written by my mother-in law.

This is our current model made from a plastic pot and some Christmas lights. With all three lights lit it will keep the food from freezing down to around 20 degrees.

You want to use old fashioned Christmas lights, not LED’s. The heat the bulbs produce is what keeps the food warm. We took three sockets from a string of lights and wired them to an extension cord.

Nothing fancy and in warmer weather the pot/light assembly retires to the garden shed. Everything we used was lying around so our total cost is just in time.

When we used to live in Tacoma with a more moderate climate our winter feeder hung over a Sasanqua Camellia (which blooms in the winter) and the hummers would perch on a branch right under the feeder. Close to food and probably soaking up a little heat. 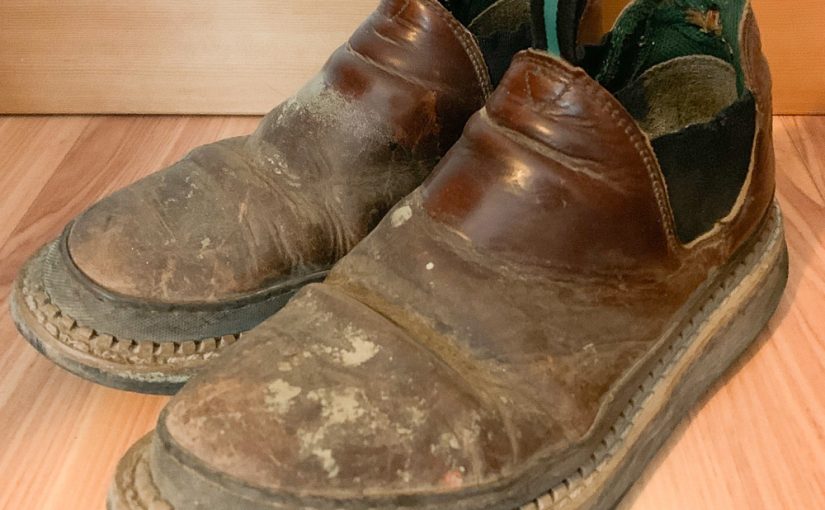 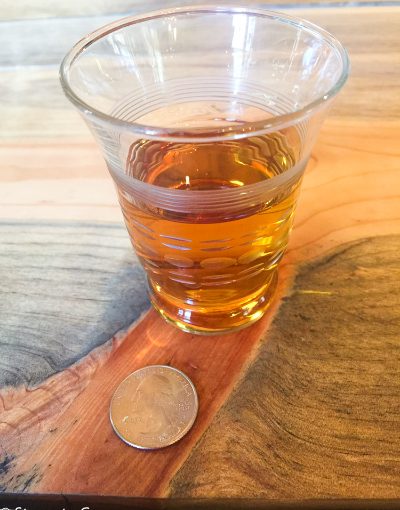 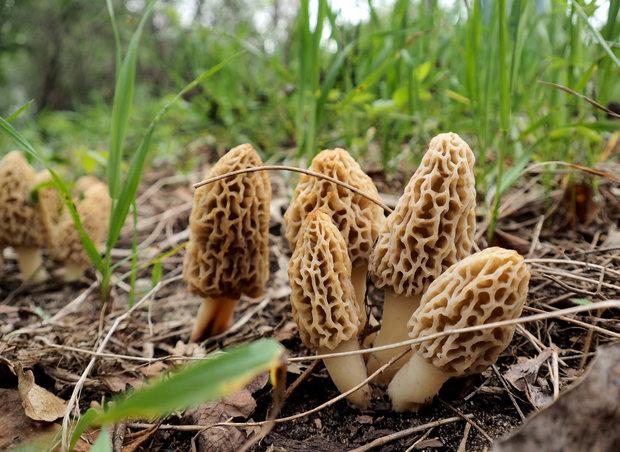 I am old enough to have grown up in a time when food was seasonal. Enjoy it when it is available, soon it will be gone. Asparagus, artichokes, salmon- there was a season for everything. Now you can get many things 12 months out of the year, waiting is not required.

Soon we will be moving Straps to Go to Cle Elum, WA which is a rural community which bills itself as being in “the heart of the Cascade’s” and is about 90 minutes east of Seattle. Last Sunday my wife and I were headed in to town on our way back to Tacoma. There was a cardboard sign on the side of the road stating Fresh Morels. We didn’t see a sign as we approached and missed the pickup truck on the side of the road but were lucky enough to see a sign a but further down the road. U turn and back to check them out.

Freshly picked huge morels for $10.00 per pound. A bargain and fresh! We bought a pound to enjoy with our neighbors in Tacoma and were not disappointed. They brought back good memories of seasonal produce and when coupled with a little butter made an excellent dinner.

Hopefully our move to Cle Elum will provide us with more opportunities to sample seasonal foods once again. Perhaps this will help us think of new strap offerings provide we don’t make too many U turns.

Most of your orders for webbing and buckles have been shipped out using Priority Mail.  This has proven to be an inexpensive and reliable way to get goods to our customers. At times we receive orders that are so small that the minimum charge for Priority Mail is larger than the cost of the goods. We have been shipping these orders using First Class Mail which generally saves you, the customer, a couple of dollars.

We are working on providing that option for all orders that weigh less than 16 ounces. This requires that our shopping cart is able to calculate the weight of your order and then serving up the appropriate shipping options with their costs. Most of our components have been weighed and entered in to a database. Code is being written to do the calculations but it still needs to undergo testing. Our hope is to have this up and running by the end of March.

In the interim, if you are ordering a couple of buckles and want them to ship First Class Mail, let us know in the comments section. We try to keep your shipping costs as low as possible anyway but there are times when you might want an order a day earlier (First Class Mail tends to take a day longer than Priority Mail) in which case tell us what your needs are.

It’s time for a bit of fun and after the last two years of election campaigning, we all can use some. Every industry has words that are unique to it and some times they leave you scratching your head wondering how they were ever adopted. The webbing world has a few to add to the list.

Last weekend we were exhibiting at the Central Washington Sportsmen Show and got to watch live trout racing. I Googled “trout race” and nothing came up so I decided to get a video

Not that this has anything to do with straps but watching the kids was fun. 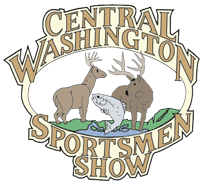 We will be in Yakima this weekend, booth 419 at the Central Washington Sportsmen Show. The show is open Friday, Saturday and Sunday February 19-21, 2016. Our booth will feature web straps of many varieties, throw bags and a new product for us, Rod Wranglers.

In addition to the exhibitors there are a wide range of events planned. I think we will have to check out the trout races on Saturday afternoon. When I Googled “trout races” I didn’t get a hit so this is sure to be something special.

Come by our booth and say hi to Karen and myself. Buy a strap or Rod Wrangler or order custom straps, and enjoy the show.